Visit one of the top voted family attractions in the Bahamas

In 1875, Charles King-Harmon, a Brit who was later knighted and became Governor of Cyprus, bought the island from the British Crown for only 35 Pounds. He owned it for 11 years, when he sold it to a Bahamian, Sir Augustus John Adderley, for 105 British Pounds. Adderley kept it for 6 years. Two Americans who wanted to cultivate corn and vegetables offered him 145 Pounds. The farming effort failed miserably and in 1902 they sold it to Abraham Van Winkle for a 10 Pounds loss (135 British Pounds).

Van Winkle hired hundreds of laborers to dredge out the salt marsh and blasted a cut into the lagoon from the sea. He planted 5,000 palm trees and built over a mile of meandering concrete paths. He imported a zoo of monkeys, peacocks, turkeys, pheasants, parrots, iguanas to populate the paradise garden. He shared the island with the public for the first time by bringing guests over on his boat for $1 a head.

Visit one of the top voted family attractions in the Bahamas 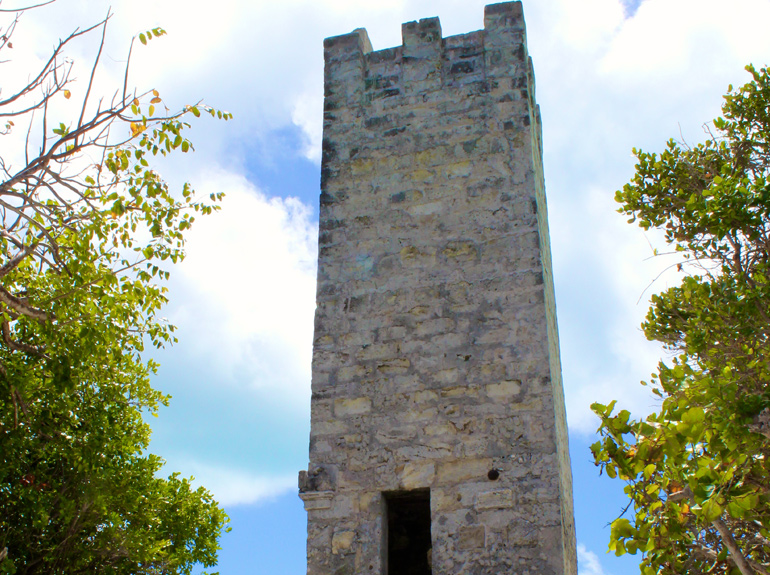 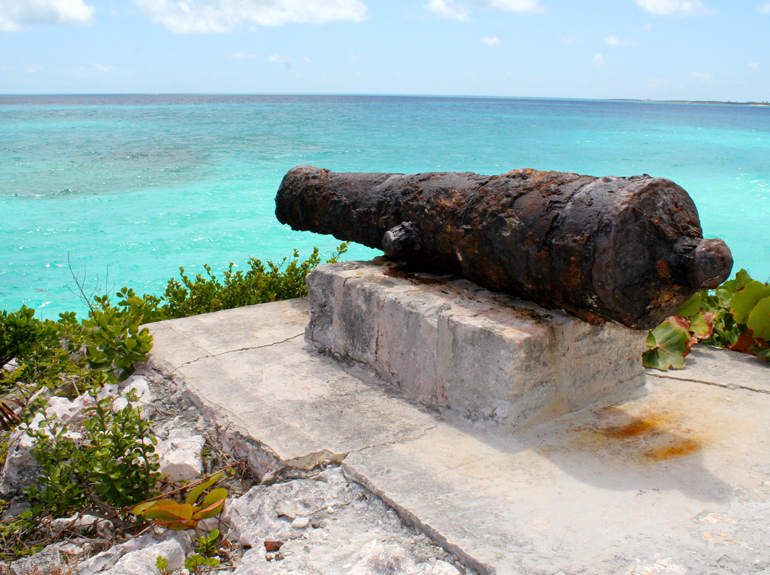 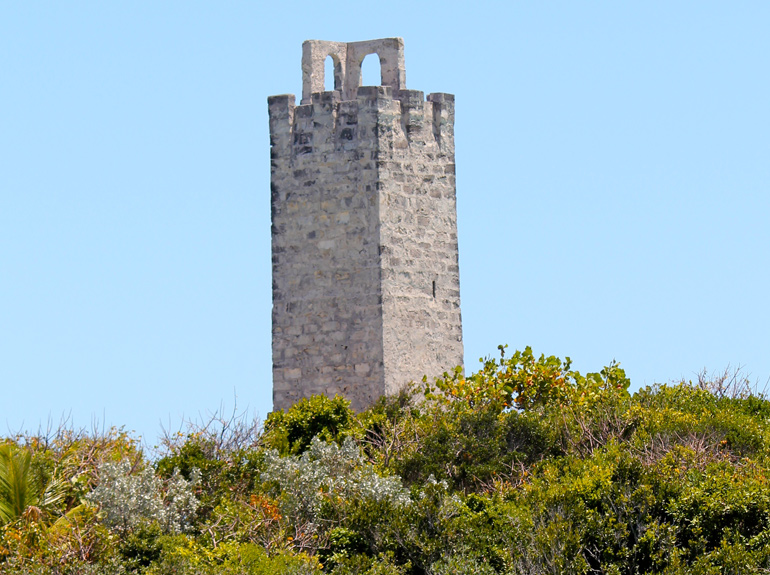 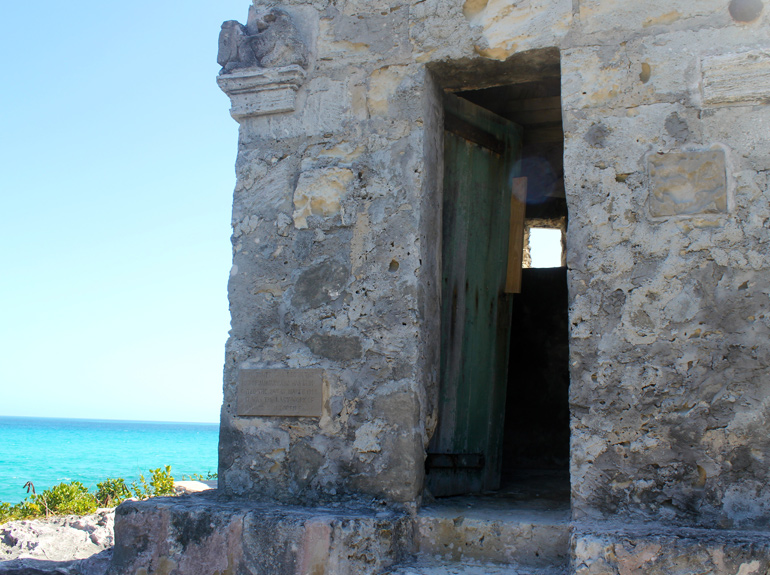 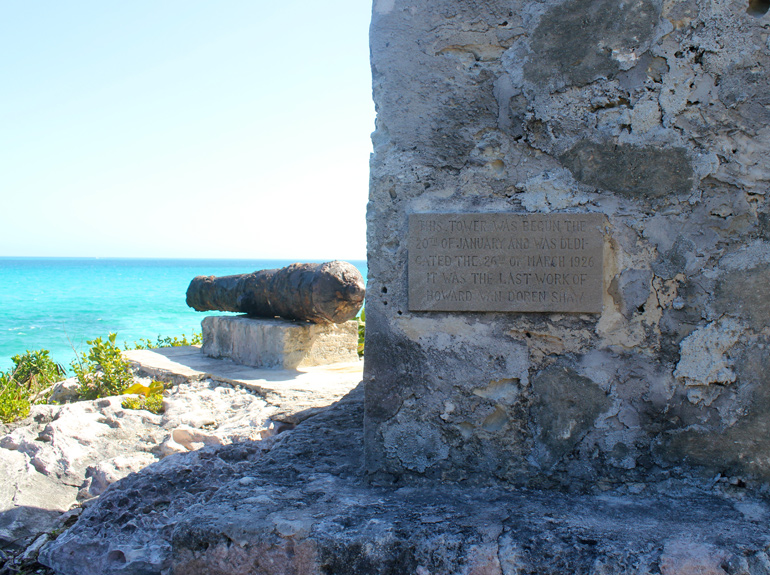 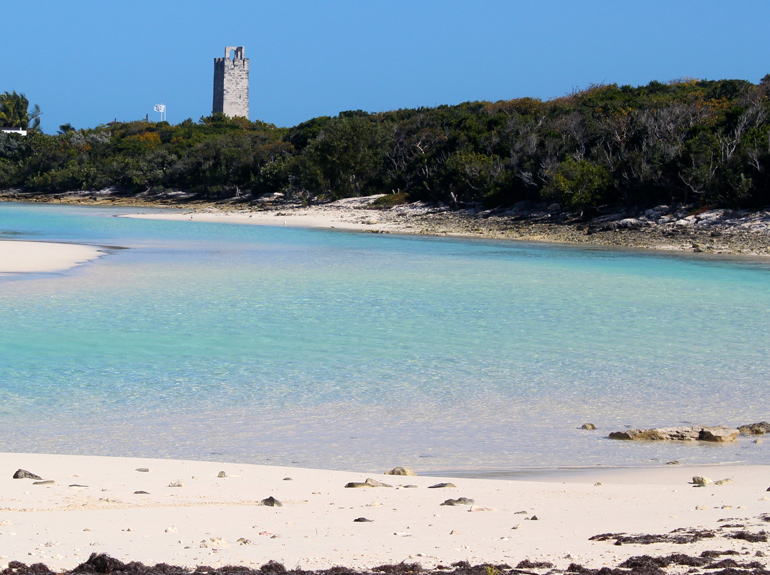 From 1916 to 1979 (63 years) the island was owned by the McCutcheon family.
John T. McCutcheon was The Chicago Tribune’s chief foreign correspondent, a Pulitzer Prize winner, and was recognized as the dean of American political cartoonists. He purchased the island (Salt Cay) by mail sight unseen for $17,500 from the estate of Van Winkle, a New Jersey manufacturer who had passed away. He called it Treasure Island and for decades it was known under that name in The Bahamas.

For three generations, the McCutcheon family reveled in Salt Cay, hosting European royalty and American luminaries, finding simple adventures in the lack of electricity, the vagaries of weather and in what the tide brought that day.

The lagoon used to be a salt marsh in the late 1800’s. That’s how the island got its legal name Salt Cay. Numerous pirates and privateers used the island, not to bury treasure, but to cull salt from the lagoon to preserve their food. They also used the island as a rest stop while they waited for permission to enter Nassau harbor.

During WWII, the island was requisitioned for a year by the Allies for use as a secret training base for three teams of British and American underwater demolition squads who everyday would swim the seven miles around the island.

Every visitor to Blue Lagoon Island is struck by the tower that guards the entrance to the hidden lagoon. Made of concrete and offering magnificent views of the lagoon, the island and surrounding ocean from the top, the tower also has an interesting history.

The first tower, a wooden structure, was built by Van Winkle, which was located next to the cut. It eventually fell into the sea after a storm and Howard Shaw supervised the construction of a new three-story tower with two-foot thick masonry walls, battlements and arched windows on top.

A cannon was placed next to it which pointed out over the cut entrance in a menacing gesture towards Rose Island three miles away. The McCutcheons wanted to formally dedicate the new structure. They sent out engraved invitations to everyone they could think of, including then U.S. President Calvin Coolidge, who later wrote that he could not make it. However, the Governor, the Bahamian Speaker of Parliament, the American Consul and dozens of other dignitaries showed up. During the Governor’s speech, a pirate in pantaloons lunged from the bushes into the crowd brandishing a machete. John T. singlehandedly subdued him and shoved him into the tower and locked the door. A few minutes later, the pirate appeared at the top of the tower, swinging by his neck at the end of a rope suspended from a gibbet (gallows). The dedication ceremony continued.

Over the years, John McCutcheon collected rocks as souvenirs from each place that he had visited. He had a brick from the Great Wall of China, rocks from Napoleon’s grave, a piece of a Ming Tomb and rocks from scores of other places around the world. He even had a rock from Bridgetown, Barbados just because George Washington once had smallpox there.
However, he needed a display case, so holes were chiseled out of the masonry on the tower’s ground floor and the rocks were pasted into the wall with India ink labels scrawled below each stone identifying it – these are still visible today. When that job was done, the tower was finished.

Since the island was totally isolated from the outside world, the only way to communicate was to take a boat over. John felt something had to be devised to contact help in an emergency. So he arranged with some Bahamians manning a quarantine station on Athol Island near Nassau to keep an eye on the tower. If they ever saw a sheet hanging from it during the day, or a lantern at night, that meant trouble and help was to be summoned. A year later, two metal poles supporting metal-banded baskets were placed on top of the battlements. Coconuts could be burned in the baskets to signal for help. But in all the years the McCutcheon family owned Treasure Island, this low-tech system thankfully never had to be used. The tower still stands at the entrance to the island.

The Custom House was actually a small shelter located on the south side, just west of the lagoon, and was for decades the main entrance onto the island. From the shelter, a set of concrete steps was carved down to the water’s edge, where a large drawbridge had been erected that could be lowered out over the water. The Custom House drawbridge was lowered each day when the island ferry anchored offshore. Dinghies took people and supplies between the drawbridge and the boat. The yacht, which was permanently moored in Nassau was too large to get through the cut, brought out the mail, newspapers, supplies and any new guests to the Custom House, remaining offshore until around 4pm when it returned to town with outgoing mail, the cartoon and the guests.

Among certain social circles in Chicago and elsewhere it became a mark of distinction to be invited to McCutcheon’s private island. Numerous European Earls, Counts, Dukes and Duchesses were guests. They were joined by American luminaries of the period such as Drew Pearson, authors John Dos Passos, James Thurber, Arthur Crock, Archibald MacLeish and Kenneth Roberts.

Charles Lindbergh and his wife, Anne, who were friends of author John Marquand, came down once for a two week visit. Anne Morrow Lindbergh wrote part of her book, “Gifts From The Sea”, during her stay on the island.

Part of the charm of the island used to be the primitive living conditions. The lack of communications became a humorous nuisance in the 1970’s when Caspar Weinberger, who was then Nixon’s Secretary of Defense, visited for a few days. Whenever Nixon wanted to reach Weinberger the White House had to call a local marina in Nassau, who would send a boat to the island and take Weinberger back to Nassau to return the call. Nixon was most likely not impressed.

In 1991, the same storm that inspired the book and movie “The Perfect Storm” cut the island in two at the northwestern corner of the lagoon where the current bridge is located. On a sunny, clear, windless day, the island experienced 30-foot swells generated by the storm over 1,000 miles away.

In 1979, author William Styron was putting the finishing touches on his soon-to-be bestseller, “Sophie’s Choice” on the island. In keeping with the literary history of the island, the Salt Cay Writer’s Retreat (www.saltcaywritersretreat.com) was formed by Karen Dionne and Christopher Graham founders of the online writers community Backspace.

In October 1979, Blue Lagoon Island is sold to a local family who becomes the sixth and current owner.

Celebrities of screen, stage, radio and TV continue to visit the island to this day to meet our marine mammals and to marvel at the beauty of the island.

Excerpts taken from the book “A Family Island” by H. Shaw McCutcheon – great-grandson of John T. McCutcheon available on Amazon.com